From Antioch to Augustana

Augustana Church, located in the city of West St. Paul and the church in Antioch are separated by over 2000 years of time.

The city of Antioch was founded in 300 BC and the Romans took control of it in about 63 AD – 30 years after the death and resurrection of Jesus. It was located in what is now Turkey. It was a big, thriving city on a major trade route.

Augustana was founded in 1907 by Swedish immigrants and relocated in 1958 to the city of West St. Paul. Wikipedia says this about our city – “The current West St. Paul split from the western half of South St. Paul, and was incorporated in 1889, just south of the city of St. Paul. West Saint Paul is known for its 2.5-mile retail strip along Robert Street.”

Geographically or culturally, there is little in common between the two places. Although I’m curious as to whether or not Antioch had a retail strip like ours on Robert St.

In spite of the time, distance and culture that separates the two places there is actually a strong thread that ties Antioch and Augustana together over the centuries.

There was a church in Antioch, perhaps called Antioch Church and there is a church in West St. Paul called Augustana. Antioch is often called the cradle of Christianity.

Just like we do every week, the church in Antioch gathered to worship, pray and listen to what the Holy Spirit had to say about the mission God was calling them to do in the first century.

Now in the church at Antioch there were prophets and teachers: Barnabas, Simeon who was called Niger, Lucius of Cyrene, Manaen a member of the court of Herod the ruler, and Saul.  2 While they were worshiping the Lord and fasting, the Holy Spirit said, “Set apart for me Barnabas and Saul for the work to which I have called them.” 3 Then after fasting and praying they laid their hands on them and sent them off.

Notice the spiritual practices they use; prayer, worship and fasting.

Notice who speaks; the Holy Spirit.

Notice who is sent off; Saul and Barnabas. They are sent off with the story of Jesus.

Paul and Barnabas are sent to Lystra and in Lystra there was a man sitting who could not use his feet and had never walked, for he had been crippled from birth. 9 He listened to Paul as he was speaking. And Paul, looking at him intently and seeing that he had faith to be healed, 10 said in a loud voice, “Stand upright on your feet.” And the man sprang up and began to walk.

It is a different kind of healing that takes place there but children who are crippled from fluorosis in the water that fractures the bones in their legs so they are unable to walk to accidents and injuries that damage limbs, to burns from children falling into cooking fires and even to cleft palates, children are made whole because the Holy Spirit is still sending people out to heal and give hope. We witnessed these things in January when you sent out another delegation to Tanzania.

Yes you. Together with the Holy Spirit you sent us out. 19 of us.

And you are part of the reason this kind of healing is possible.

You are part of the reason Plaster House is in existence and doing what it is doing.

Plaster House would not be doing what it was doing if the Holy Spirit hadn’t sent people out and given them specific instructions on what God wanted them to do in the name of Jesus.

Plaster House is a godly place. When you visit and see the children and witness what the staff does and the care that is given and the healing that takes place you see that this is part of the great and grand mission of the church.

And when you see how the children are given hope for a different kind of life than one they would have without Plaster House – you see with your own eyes that God is alive and at work and the Holy Spirit is still ending people out with good news.

And you are responsible for making this kind of thing happen.

You are responsible for helping to sustain this kind of mission in a place a longs ways from Augustana but still a place connected by the Jesus thread that goes all the way back to Antioch and the first century.

When Paul and Barnabas heal a man in Lystra, the locals think the Gods have come down in human form, Zeus and Hermes.

When the apostles Barnabas and Paul heard of it, they tore their clothes and rushed out into the crowd, shouting, “Friends, why are you doing this? We are mortals just like you, and we bring you good news.”

That’s you and me folks.

Part of what I want to share with you this morning is the impact your part in the global mission the Holy Spirit has placed upon this congregation.

The Holy Spirit is the power at work in our lives and in our churches that directs the mission and sends us out.

There is a thread of grace, hope and new life that goes from Antioch to Augustana to Ipogoro to Nyamhanga to San Augustin to Bangkok Thailand and because of our partnership with Lutheran Mideast Development that thread goes back to a place not far from the ancient city of Antioch.

It is a thread sustained by the power of the Holy Spirit at work in your lives and in this place.

It is sustained because you listen to what God is telling us to do.

You act on what God is telling us to do.

You help share the good news and because of you, children are made whole in Tanzania, places of worship are built in Tanzania, hospitals are supported, young people are given the opportunity to actually go to school and learn and help change their countries.

From Antioch to Augustana the thread gets stronger, the good news is shared and we are part of God’s great community of believers that circles the globe and brings light into the world.

For the joy and the privilege of being called and sent out to be the church we say thanks be to God. Amen 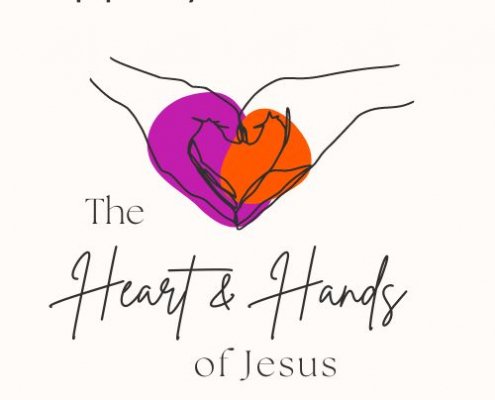