In the Lord’s Vineyard

We’ve been reading a lot of Jesus’ parables as we’ve been reading in the gospel of Matthew.  Sometimes the stories make clear sense; sometimes it’s harder to figure out.  The parable he uses today isn’t even his own.  He’s taking a known story and putting a twist on it.  This is a reading from the prophet Isaiah.

My beloved had a vineyard on a very fertile hill. He dug it and cleared it of stones, and planted it with choice vines; he built a watchtower in the midst of it, and hewed out a wine vat in it; he expected it to yield grapes, but it yielded wild grapes. And now I will tell you what I will do to my vineyard. I will remove its hedge, and it shall be devoured; I will break down its wall, and it shall be trampled down.  For the vineyard of the Lord of hosts is the house of Israel, and the people of Judah are his pleasant planting; he expected justice, but saw bloodshed; righteousness, but heard a cry! (Isaiah 5:1-7, edited for length)

This imagery from Isaiah comes 800 years before the story Jesus tells in our scripture reading today.  This poetic metaphor in Isaiah comes to God’s people in Israel as a word of condemnation.  In spite of God’s faithful care and tending, they have not produced fruits of justice, mercy, and faithfulness.  The people refuse to recognize God’s authority, so God will give them up to the foreign powers that threaten them.  The people are God’s pleasant planting, placed in God’s land by God’s will and tended for from God’s own love.  God expected justice from them, but instead saw violence, disobedience, and self-righteousness.

The words of the prophet Isaiah would be very well-known to Jesus’ audience.  Jesus purposely mentions all these parallel details in his story. He wanted to remind them that God sees Israel as a landowner sees a rich and fruitful field.  Jesus warned them that those who tend to that vineyard do not own it, because everything belongs to God.

Jesus wants the religious authorities to see themselves not as the righteous landowner who gets to claim all that is good.  He wants them to know that they are renters, meant to care for that which belongs to God.  If they choose violence and supremacy to try to claim what does not belong to them, God will judge them as God has judged false leaders throughout history.  Authority has never belonged to them; it has always belonged to God.  In Jesus, the son has come to claim what rightfully belongs to God.

In his confrontation, Jesus has set himself up to be betrayed and arrested and put on trial.  He entered Jerusalem in a way that could not be ignored, as we heard at the beginning of worship.  He proceeded to come directly to the temple, overturning tables and condemning the way worship became a financial exchange.  He heals the sick and injured while little kids dance around and sing hosannas to him.  He’s made it very clear that he’s done working inconspicuously.  The gatekeepers of power will not be able to ignore him any longer.

They realize that Jesus sees through them.  Something deep inside them recognizes that they’ve started to like their power, influence, recognition, and dominance not so that it can give glory to God, but so that they can enjoy it for themselves.  And like the tenants in Jesus’ parable, they will fight to the death for that which never belonged to them.  They would rather kill the one sent to reorient them in their relationship to God than give up what does not belong to them.

For centuries, Christians have heard these stories leading up to Easter and wanted to absolve themselves of responsibility.  They want someone to blame.  They take the references to the chief priests, elders, and scribes as a catch-all term for Judaism.  They hear Jesus’ own words that “The stone that the builders rejected has become the cornerstone… The one who falls on this stone will be broken to pieces; and it will crush anyone on whom it falls” and taken those words as cheap excuse to enact all kinds of suffering, persecution, and murder on Jewish people.

Who are we in Jesus’ parable when we do this?  We probably want to think of ourselves as the landowner, righteous in our choice to “put those wretches to a miserable death” as we defend what we believe is ours.  But that’s what the religious leaders of Jesus’ time thought of themselves, too.  We must be very, very careful to make ourselves the heroes of Jesus’ parables.  It is far more likely that we are the wicked, murderous tenants, assuming that the flourishing vineyard is somehow our birthright, ready to kill anything that threatens to remind us that we deserve nothing.  This parable is about us.  It condemns anyone who dares to take for themselves what belongs to God alone.

And so we hear the story again, because we always forget.  We need to hear again that Jesus chose to go to death when we are the ones who deserve it.  We cannot pass that guilt off on anyone else.  We cannot make ourselves the heroes of this story.  We are the villains. We sing hosanna to the one who comes in the name of the Lord and then snarl when he tells us the truth.  We betray Jesus.  We abandon Jesus.  We stand condemned.

As God did in Isaiah, as God has done throughout history, God has every right to abandon us.  But this time, God does something different in Jesus.  During Holy Week, we hear the story of God’s grace through Jesus’ life.  This was the Lord’s doing, and it is amazing in our eyes.  Thanks be to God.  Amen. 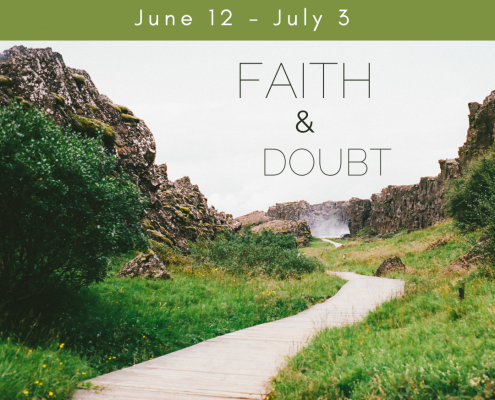 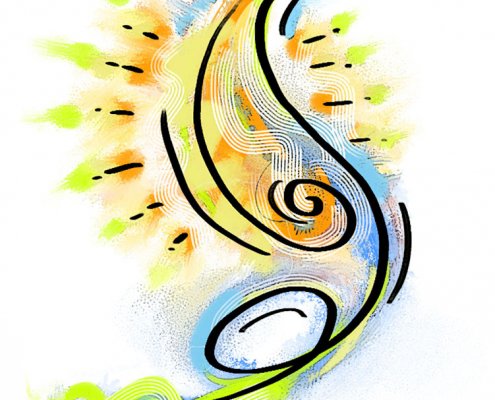 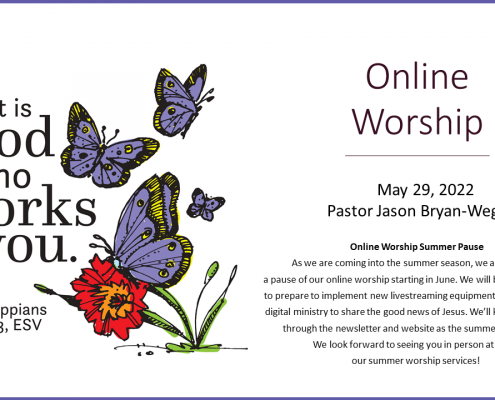 To See Jesus
Scroll to top